My bank in the UK requires me to use a CAP reader for some online transactions, its security compromises notwithstanding. It’s quite simple to use: I slide the bank’s card in to the slot and follow the instructions on the display and on the bank’s web site. At the end of the process it displays a number which I have to type in to the web site in order to authenticate the transaction.

The problem is, over the last few years, the displays have been gradually failing and losing rows and columns of pixels. It reached the point this morning where I couldn’t read the numbers on either of the CAP readers I’ve got, and so I couldn’t make a payment to a supplier. Getting hold of a replacement reader would take a while – I’m outside the UK at the moment – so it was time to see if they were repairable. 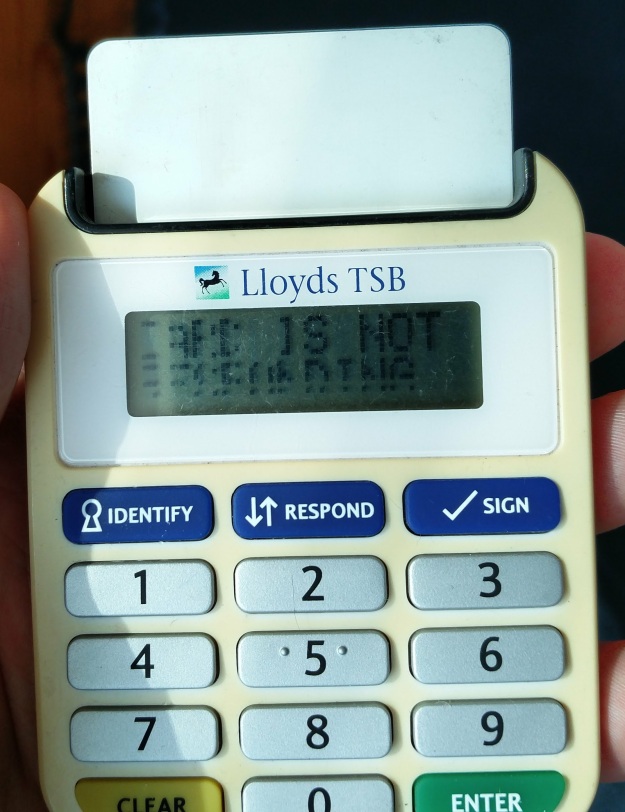 Some of the fixing screws are hidden. There’s one underneath the label in the centre (which displays ‘void’ when it’s peeled off – never mind), two under the feet, and four inside the battery compartment, which itself is closed with one little screw. 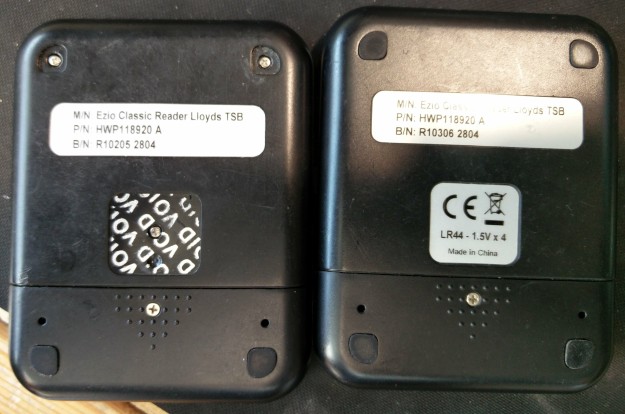 The case unclips, and then there are two black plastic pieces which form the card slot. They’re held by another six screws. That removed, we can see the PCB and display. The display is connected by a ribbon which is bonded to the PCB using a special conductive adhesive. The adhesive appears to gradually come unstuck, so the display stops working. Squeezing it with a fingernail restores some missing parts of the display temporarily. 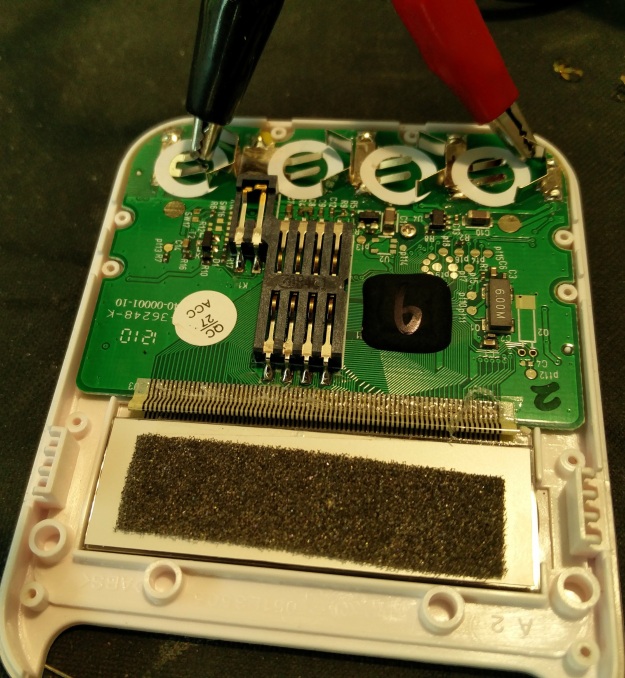 There are lots of guides on the web about repairing these things and I’d had a few unsuccessful attempts previously on other gadgets. This time I was successful, and the method I used was simple. Lay a piece of paper over the area where the ribbon is stuck to the PCB, and then apply gentle pressure with a hot soldering iron to melt the adhesive. I worked my way along in a series of squeezy dabs. The paper chars a bit, but that’s just an indication that it’s working.

Having done the whole ribbon, carefully peel off the paper. It tends to stick to the ribbon so pull it off gently so as not to pull the ribbon off the PCB. 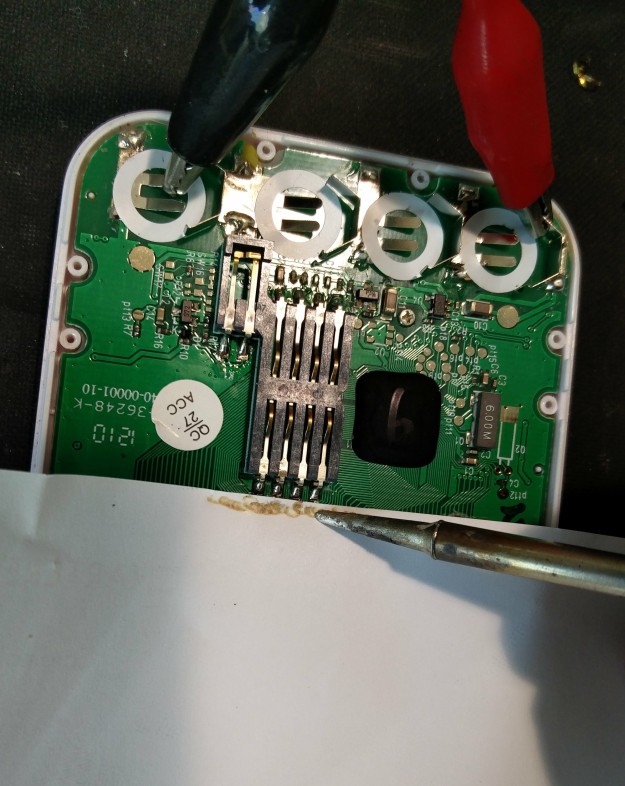 Success! The display is working again, tested using a bench power supply clipped on to the battery contacts. I tickled the leaf switch which indicates that a card is in the slot. Of course the card is not responding – it’s not there. 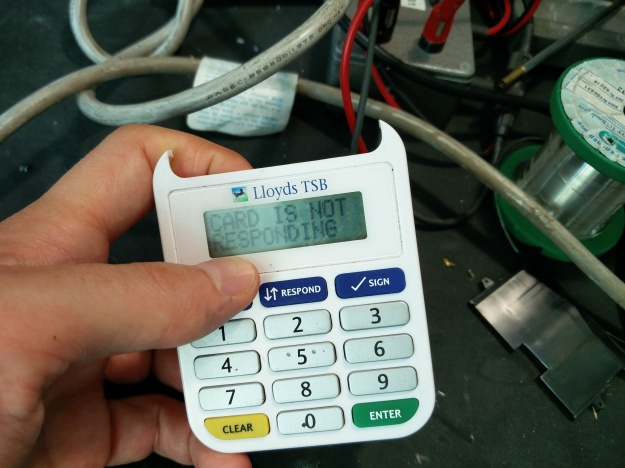 I did both the readers I’ve got, and they both worked. I then tried an actual banking transaction which also worked, so there’s no funny security boobytrapping going on. That’s good for me, because I can repair my CAP readers, but less good for anyone who doesn’t know where their CAP reader has been. 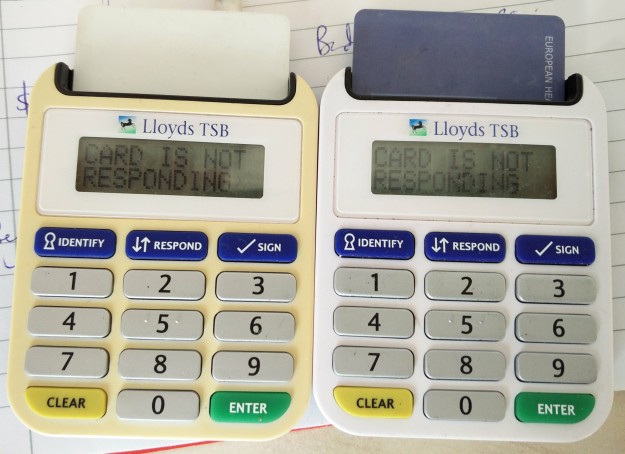