Over on the Vintage Radio Forum, someone asked recently about the Henelec PA25 power amplifier module. The PA25 was produced by Henry’s Radio of London in around 1970. Since I have a pair of them, including the associated MU442 power unit, I’ve documented them here.

Here are a couple of general views. The MU442 has sockets for mains in, signal input (3-pin DIN) and speaker outputs (DIN again). There are also a pair of power supply fuses. Connections to the PA25 modules are via wiring harnesses with edge connectors.

Here’s what one of the modules looks like. It’s a sandwich of a PCB and heatsink.

This is what’s on the PCB…

…and on the heatsink… 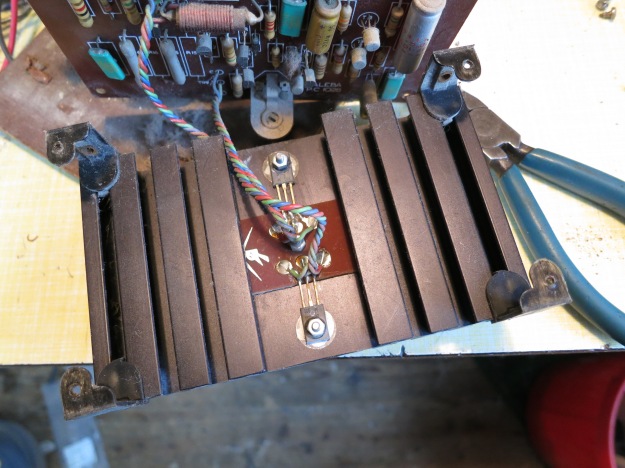 …and the back of the PCB.

The heatsink has a pretty label on it:

Inside, there’s a mains transformer with 2x 22VAC secondary windings, four BYZ13N rectifier diodes in stud-mounted packages, and a pair of smoothing capacitors.

I drew out the schematic diagram of the circuit. It’s made with silicon transistors and is pretty conventional, I think, 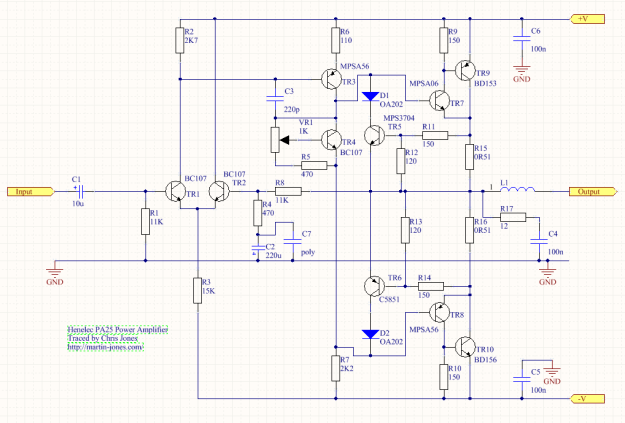 Here’s a PDF file of it: PA25_Schematic