In the beginning, or at least in 1972, there was Pong. It was one of the first video games to become widely popular, and made Atari’s name in the games industry. It wouldn’t be overstating the case to call it seminal, even though the game itself involved only bouncing a ball between two bats. Four years later, Pong begat Breakout, which extended the bat-and-ball mechanics of Pong to knocking bricks out of a wall. Then came Super Breakout, a similar game, but more complex, with three different modes of play and even multiple bats and balls. Adding the new features needed a new, powerful ingredient: Super Breakout was one of the earliest arcade games to feature a microprocessor. This was in 1977, before Space Invaders, before Pac-Man, before Donkey Kong.

I picked up this PCB several years ago on eBay. The price was keen because, of course, it was ‘untested’. We all know what that means. Broken. That’s the way I like them. It’s hard to get to know a game board that’s in perfect working order. 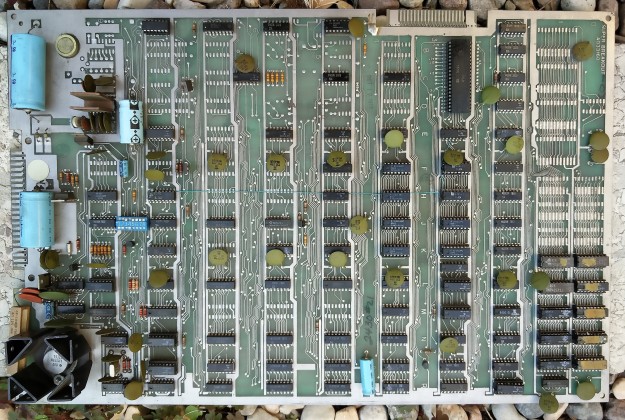 Getting this one running was more than the usual challenge. From about 1980 onwards, a few conventions about how arcade games were built and wired got established. This game pre-dates those, so the usual rules don’t apply. Power? Instead of 5V and 12V DC supplies, it wants 10V and 22V AC, centre-tapped. Video? Instead of the usual colour RGB with separate sync, it delivers black-and-white composite video, and expects a screen with strips of coloured film stuck to it. Controls? No joystick here. Not even a trackball. Just an analogue potentiometer to control the paddle, and various flashing lights and switches.

My aim with every arcade game I acquire is to adapt it to the JAMMA standard, so it’s easy to plug it in and play it. This one was going need more than just a bit of wiring.

The first job was to get the board running. I rigged up temporary power supplies and a black-and-white monitor which could handle its video output.

The most serious fault was faulty RAM chips. Super Breakout has eight RAM chips of a whole one kilobit each, totalling a spectacular 1 Kbyte of RAM. Six of them were faulty. Fortunately a kind member of the most excellent UKVAC forum had some available. Identifying the faults was made easier by the board’s test mode, which makes beep-boop-boop noises to indicate which chips it thinks are faulty.

The sockets holding the program ROMs and the processor were all rubbish and had to be replaced with modern ones. Cleaning them never worked reliably. This particular version of the game uses 12 ROM chips, each holding 4 kilobits. That’s a generous 6 Kbyte of program code, but it’s also 216 pins in sockets to go wrong. 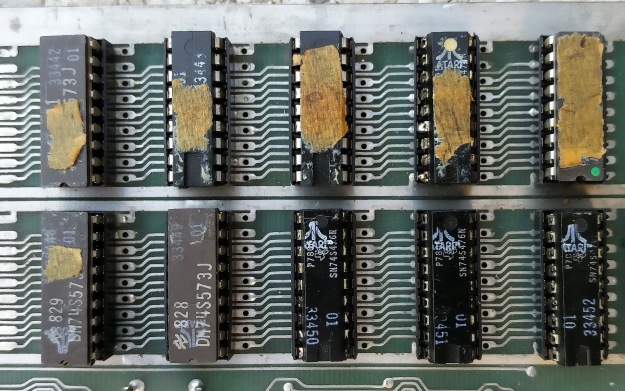 There was one faulty logic gate ( a 7420) associated with the ‘game select’ and ‘serve’ switches, and the DIP switches for choosing the game options needed a squirt of DeoxIT switch cleaner. Success! 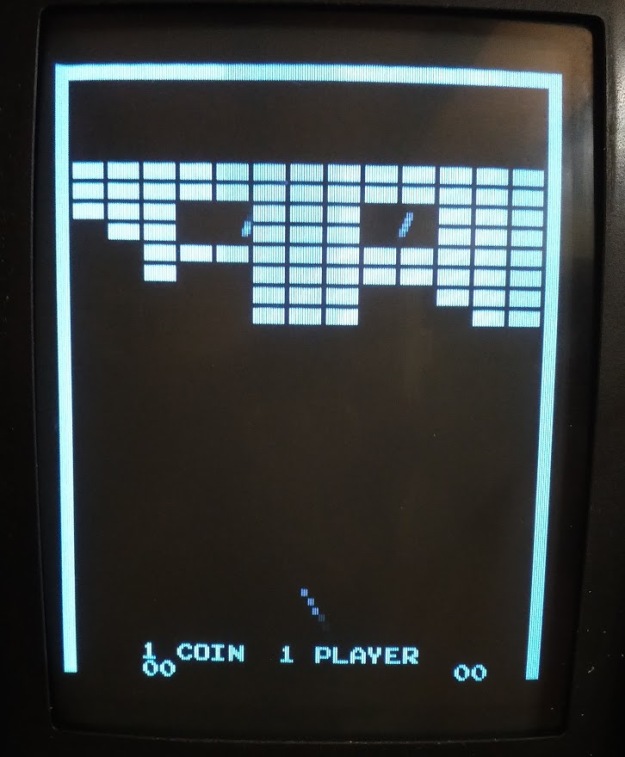 With those problems attended to the board passed all its self tests and seemed to run quite happily. Now to design that JAMMA adapter.